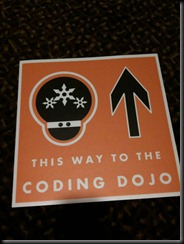 The coding dojo at CodeMash 2012 was a blast this year. I ran two events in the dojo: a group exercise doing the Gilded Rose kata and the Ball Flow agile game. I thought the gilded rose kata we did as a group exercise was a great success. We had a good group of people, which was impressive considering that even with floor decals, people had trouble finding the coding dojo.

The coding dojo at codemash is a great place for actually doing things at CodeMash. If you’re tired of sitting there having someone talk at you, head to the coding dojo. It’s a place for writing code, learning, experimenting, and having a great time. We did katas, programming exercises, and some educational games in the dojo this year. If you did not make it to the dojo this year, we hope to see you next year!

The Ball Flow game is an Agile exercise where a team of people work together in an experiment in self organization. The team will do some estimation, some planning, some retrospectives, and they will be trying to continually improve their process while aspects outside of their control continue to change. The team has to adapt and figure out how to keep working together effectively.

Object of the game:

Pass each of the 20 balls to each person in the group.

Rules of the game:

What this group did

Our group started out by figuring that if they created an oblong shape, they could pass across pretty easily. They got in this shape and began passing around. They had two tall people stand back a step so that they could launch the ball over everyone else across the group. Their final pass went behind the backs of one side of the group back to the starting person who removed the ball from the game. 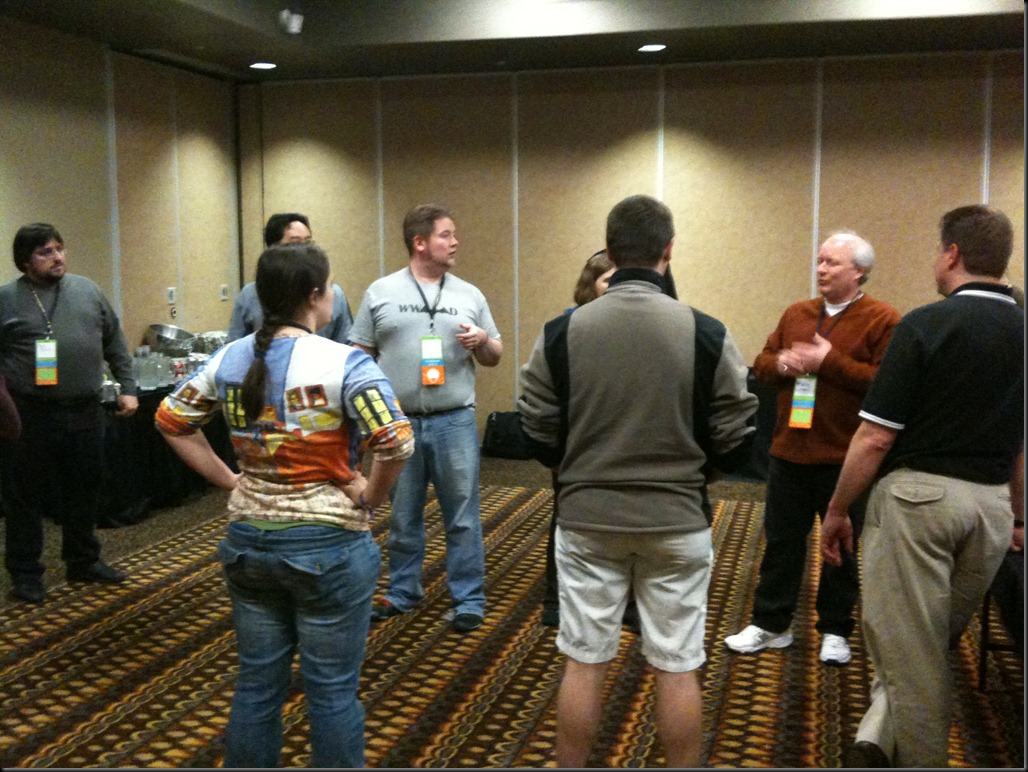 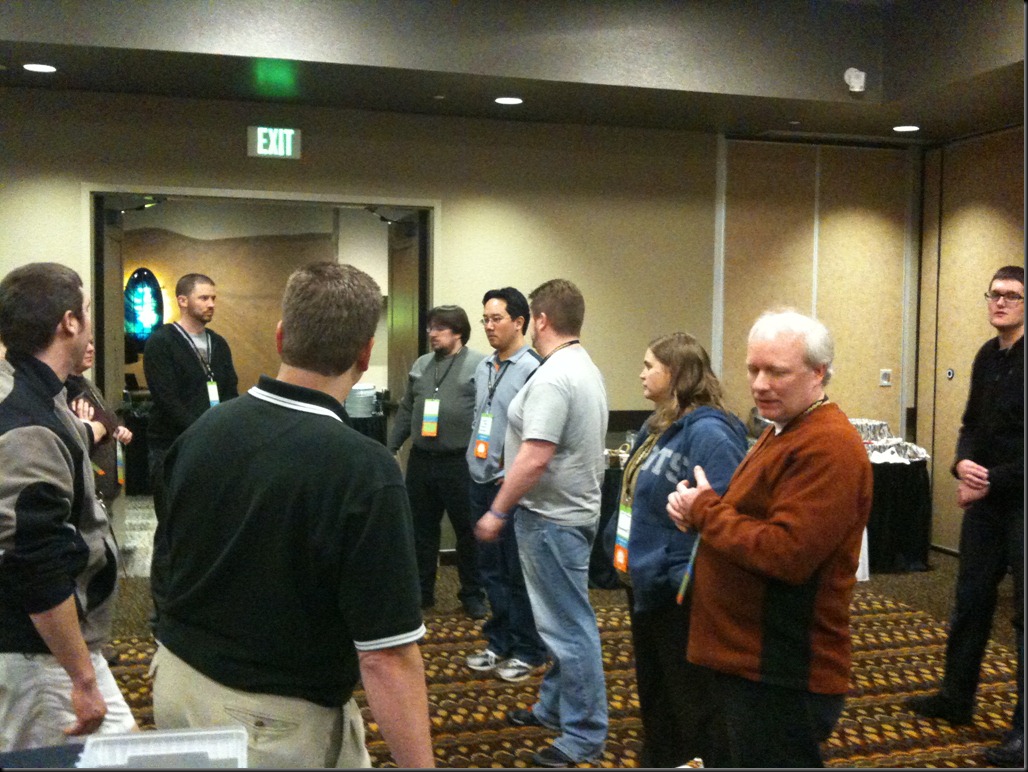 They spent some time planning and adjusting between each iteration. They made sure not to make big changes fearing the catastrophe that could occur. Each time they made modest improvements to their time. 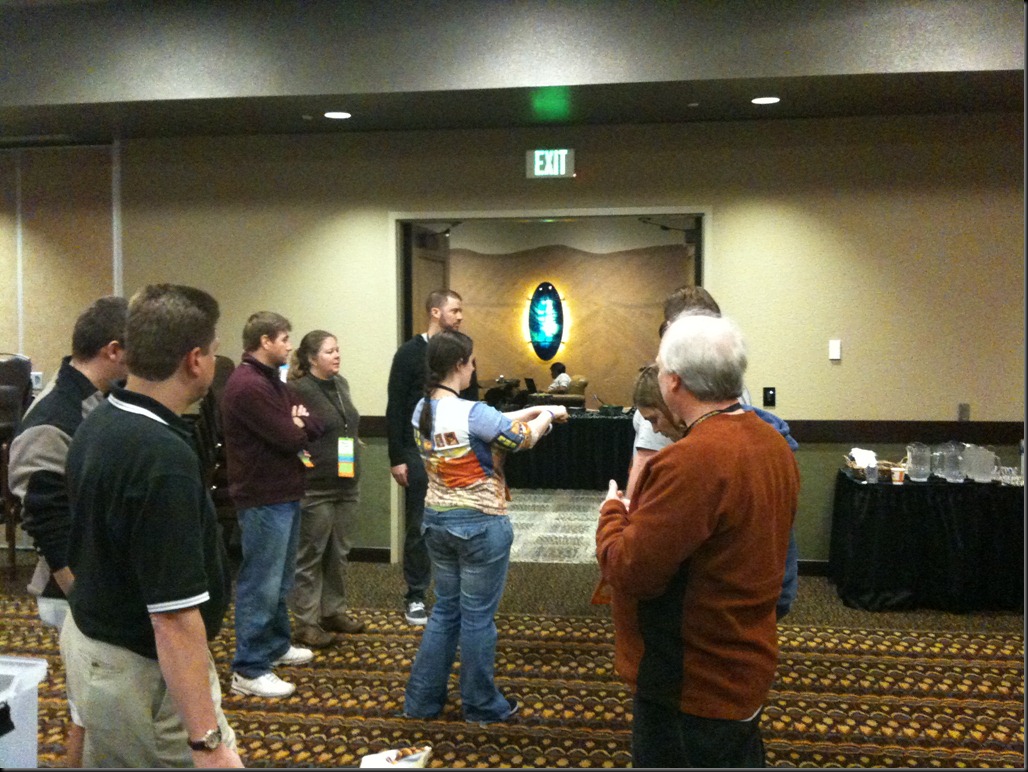 As the game went on we added challenges, in one round we added a large number of pens that needed to be passed around as well.

In the final round we added in bags of potato chips, which were harder to throw across the room. Each time the group still managed to make slight adjustments to accommodate these changes and still slightly improve their times.

The CodeMash 2012 Ball Flow team was awesome! Great job everyone!