Starting this Saturday, we’ll be doing a new series of streams on DevChatter. If you’re new to programming, new to C#, or just want to go back to basics on C#, this stream is for you!

On our channel, we’re normally doing either long-term projects or programming exercises, but we want to get some great educational C# content as well. To that end, we’ll be teaching people how to program using C# on a regular basis. If that’s something interests you, you can find our Learn to Code in C# series on Twitch. From that page you can ask Twitch to remind you of our Learn to Code in C# series. Also, make sure to follow DevChatter on Twitch to get notifications when we go live. 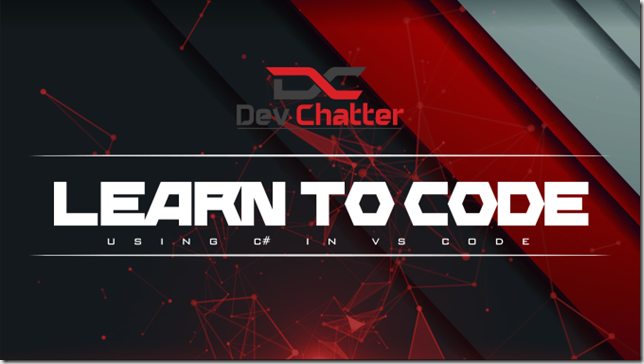 To get started with C# and VS Code, you just need to do the following:

I hope you’re all as excited as I am for the start of this series of streams!

Back in 2015, I started working buying up assets and setting myself up to live stream while coding. I wasn’t sure at the time how much time I wanted to dedicate to talking with other devs, pairing, doing exercises/katas, working on OSS, and writing real code. I just figured it would be cool to do some streaming and interact with the developer community while writing code. A few people had actually been asking me to, so I decided I would do it.

When I started out, I was choosing where I wanted to stream. I figured YouTube and Twitch made the most sense, so I set up a DevChatter YouTube and a DevChatter Twitch. Subscribe on YouTube and follow on Twitch to see my streams and videos!

I also picked up the domain name, because it was available. It had that balance of discussion and coding in the name. I like it. We’re not supposed to be me just talking at people, and that balance will shift as we grow. My Twitch channel is growing already. I’m getting new people joining and following with each stream.

What I set up for DevChatter

I mentioned creating some accounts and picking up a domain name I’m not using yet. I also had a basic logo designed for DevChatter, and am now using that for the Twitch account. 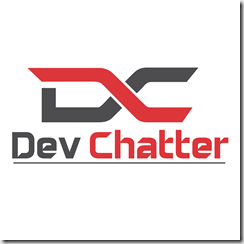 I also set up an account and got some custom music created and licensed it for use on the stream. If you show up to the beginning of the stream, you’ll get to listen to the music. Rather than using it as background music, I’ve got it playing before the stream starts. Lucky for me, I have done some Twitch streaming of games in the past, so I knew how to get OBS set up for the stream. We’re set up with a GitHub account I created years ago as well.

What I’m doing on DevChatter

So far on DevChatter, I’ve had a few streams doing programming exercises. The code has been C# so far, but I don’t intend to always do C# on stream. We’ve done some of our C# exercises in .NET and some in .NET Core.

Programming Exercises on Stream so far:

Yesterday, I did a stream where we started an open source project that is intended to become a Twitch chat bot. We may look at putting it on Azure (or elsewhere?) or keeping it as a local program. I’ve not decided yet, but we worked on some basic code today. We didn’t yet connect to Twitch, but I mostly wanted to get the framework, structure, and code set up first. The DevChatter Bot source is on the DevChatter GitHub account.

What I plan to do on DevChatter

I want to keep doing programming exercises and katas on stream, and I’m hoping to get more involvement from all of you. I also want to continue on our (and others’) open source projects; I think there’s a great deal we can learn while helping build the community. In addition, I want to bring guests on to pair program with. I’d actually started talking with potential guests a couple of years ago, but will obviously need to restart those conversations. I think we could do community discussions where we write code as we talk about things. We’ll see how it goes.

Is there someone you want me to pair program with? Let me know using whatever means you feel like for contacting me.

Why I didn’t start this two years ago

There are a couple of reasons why I didn’t start DevChatter a couple of years ago as I intended to.

The first of those reasons is that I talked with some other people who convinced me to redirect my attention elsewhere. As such, I’ve been working on DevIQ for some of that time. We’re building a really cool online educational program at DevIQ. If you haven’t checked it out, you really should. We’re working with new authors and preparing for new content now. We have plans for what we want on DevIQ and have been building some cool interactivity that both our students and authors will love. Check it out! 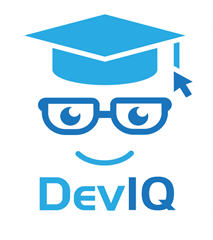 The Smallest Hurdle Ever

The other reason why I didn’t start years ago is a funny one. I really wasn’t sure how to classify my streams on Twitch. I don’t know if “Creative” existed as a game at the time and I didn’t notice it. I didn’t want it to be IRL, and there weren’t any specific to programming. I am currently streaming it as “Creative” on Twitch. Sometimes it’s the little things that get in the way.

Yesterday, I was working with my dev team, and some people came across some C# 7 code. Specifically, they were seeing some code using Pattern Matching, and weren’t sure about it. Not everyone was familiar with C# 7, a failing on my part. If you’re also not familiar with all of the new features in C# 7, I’d recommend checking out my What’s New in C# 7 course on DevIQ. In the course, I go through all of the new features of C# 7, explaining both how they work and when to use them.

I talk regularly at conferences about C#, and have given talks on C# 6, C# 7, and the combination of the two. When I ask people if they’re using a version of C#, most people acknowledge they are, but when I ask about specific features, most hands drop. I find that many developers are not using the features made available to them until long after it’s available to them. Don’t miss out on these!

As C# grows it’s important to stay up-to-date on everything that it offers you! Check out my course today and get your quick-start to using the new features in C# 7!

What You Will Learn About C# 7

In this course, you will learn: 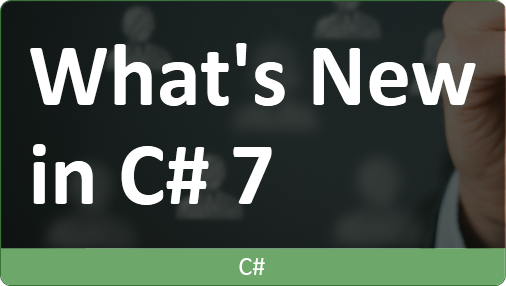 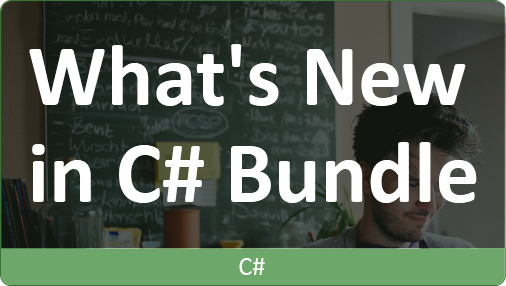 The Science of Great UI

Not a day goes by when I can avoid thinking about UI and UX. Sometimes, I’m thinking about real-world scenarios, but as a developer, I also have to consider it in the applications that I build. As developers, we really cannot avoid it, even when there’s someone else in charge of the UI/UX of the application we’re building. Thanks to Mark Miller’s DevIQ course, The Science of Great UI, I’ve been able to learn a lot more about UI and UX. It’s an in-depth course which really does focus on the science behind building good user interfaces. It’s not just a prescriptive, do X, Y, Z in this certain scenario, the course explains the science that’s dictating what makes a user interface good or bad. I learned a ton from this course!

As some of you may know, a few close friends of mine and I created a training company called DevIQ. We’re all passionate about technology and improving how people learn; we’re frequent speakers at conferences, run training workshops, and mentor other technology experts. As we create new courses, we’ll be posting them to DevIQ.com, so be on the lookout for more great courses all the time!

So once you’ve watched this course, you’ll be in the same boat that I’m in, waiting for Mark to produce the follow-up course Design Like a Pro. He’s doing a series of courses on design that will help you and me become better at designing great user interfaces.

Go check out Mark’s course, The Science of Great UI! 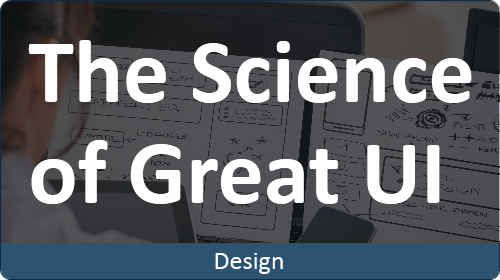 If you’re looking to improve your C# 6 code by taking advantage of the new features added into the language, I’ve got you covered. By using C# 6, you’ll be able to clean up your code, and make things more concise. This was one of the focuses in the design of C# 6. You can clean up and remove the clutter from your projects by taking advantage of C# 6. My C# 6 course on DevIQ will show you how to use these new features to improve the code you’re writing today. You already have the tools and capability, and now you can learn how to take advantage of it!

As a consultant, I’ve worked with developers in different companies, and I find that most organizations are barely using the features of C# 5 let alone using C# 6. When I talk at conferences, most people say they’re using C# 6, and they technically are using it. Their code is compiled using C# 6, but they’re not using all of the features or know how powerful they can be!

To help teams with this, I created a quick-start, What’s New in C# 6 course on DevIQ that will help you get started using C# 6!

What You Will Learn

In the course, you will learn about: 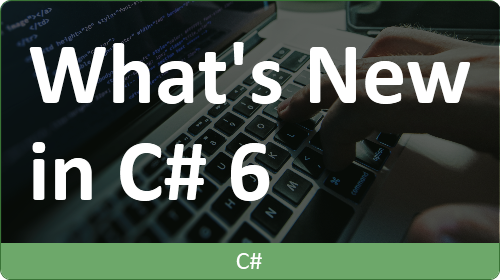